Around September I met up with the youth fellowship leaders and committee (made up of a group of the teenagers) and the idea of a weekend away for a Christmas party was a suggestion. This didn't work out and the compromise was an all-nighter at the church, which happened last night. There were a dozen of us altogether, a lot of people who were excited about it ended up deciding not to come because they were tired... and I suppose most people are at this time of year, but we had a fantastic time.

We had the time to get our youth room repainted, which had been negotiated with the church committee around late September. 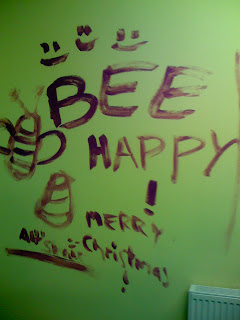 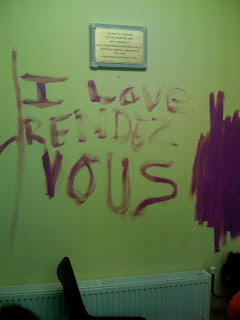 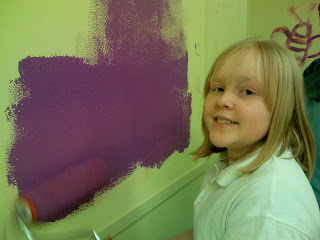 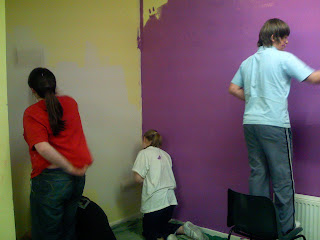 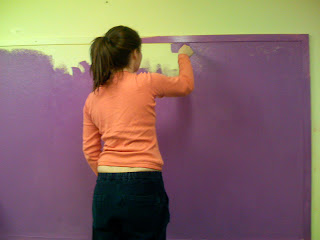 And we also played in the "snow" (HT to Tim Schmoyer for the idea). About a month or so ago i was phoning around local schools and calling up business men and women from the church asking for any shredded paper they could spare. I had it all stored and bought a load of sellotape and packing tape from the local "Around a Pound" shop.
At first I gathered everyone together and announced that the game was a giant jigsaw to find the shredded £50 note... they looked somewhat bored at this idea so I explained that we were actually going to make a mountain out of the stuff and make Human Snowballs by covering a member of each team in the tape (sticky side out). Was so much fun... here's the photos:

After all that we ended up tossing it in the air and having a "Snowball fight".

It took ages to clean up but we even had fun doing that.

Then after all the high activity we had some food, swapped secret santa presents and got comfortable watching christmas movies.

A great night, extremely memorable!
Posted by ruthEbabes at 4:57 pm

that seems like loads of fun. ooooh i would have loved to be a part of it.......

Ruth Strong
Northern Ireland, United Kingdom
I have 2 dogs called Stewie and Sheldon. I'm also a Youth and Family Worker in the Presbyterian Church in Ireland.

Some sites to visit

Subscribe in a reader
Web Pages referring to this page
Link to this page and get a link back!